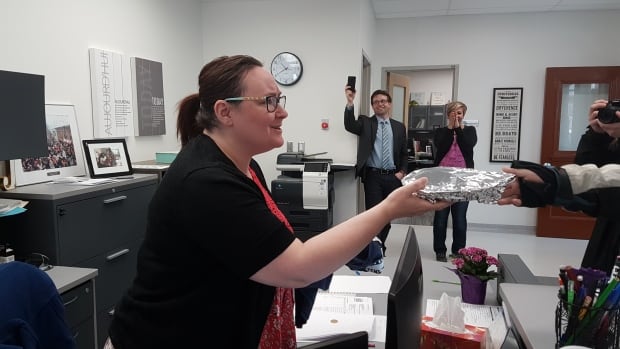 Ecole Connaught secretary Janine Jackson is given some baking after being nominated through Creative Options Regina’s 100 Acts of Kindness campaign, which recognizes people for their work and contributions. (CBC News)

Parking enforcement officers, drive-thru cashiers and university students are just a few of the people who have been recognized by a Regina group for the often unheralded work they do.

“It gets kind of heavy during the winter months and what better way to lift people up than recognize the significant things they may not realize they are doing,” said Ben Morris, director of storytelling for Creative Options Regina.

The non-profit organization, which offers support services and programs for people with disabilities, has been celebrating people in the city with its 100 Acts of Kindness campaign.

Morris and his team have sneaked into schools, community centres and onto city buses to surprise people and thank them for their work with small gifts like baking and T-shirts.

“You don’t actually have to know the person, or know the ins and outs of their life to recognize they have value,” he said. 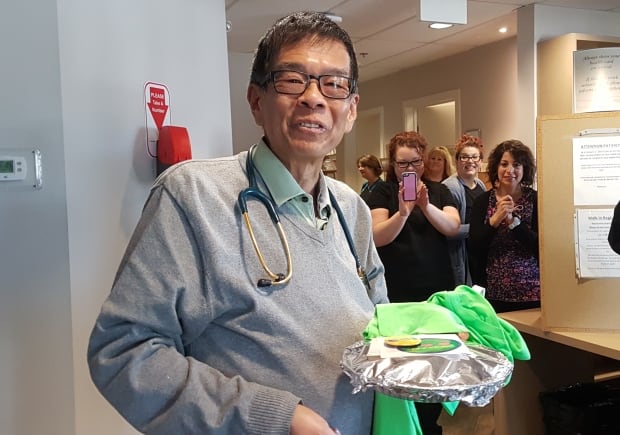 Dr. Gordon Chin at the Victoria East Medical Clinic was another recipient of the 100 Acts of Kindness campaign. (CBC News)

The group finds some of its recipients through nominations on its website from people who want to show their appreciation for others who brighten their day, doing 10 acts per week through the campaign since in began in late January.

Feels good to give

Jesse, one of the people supported by COR, volunteered his own time before work for the 100 Acts of Kindness street team.

“It’s pretty fun bringing the T-shirts and cookies to people,” he said.

“It makes them happy.” 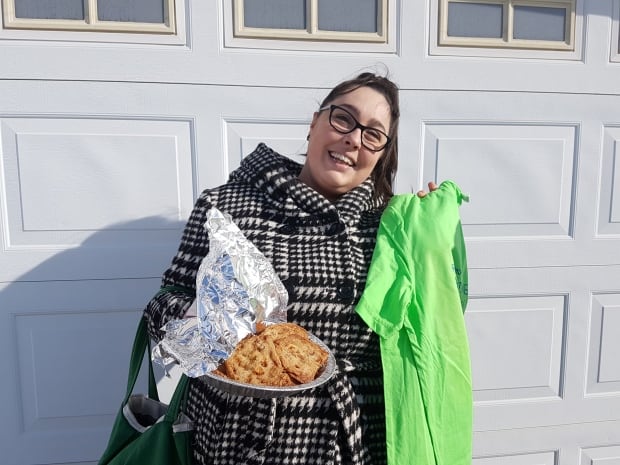 Shea Beaudry, a COR support worker, says she was shocked to be acknowledged for her work. (CBC News)

Morris handed Beaudry a T-shirt, a button, stickers and home baking, and read out her nomination.

“When I felt alone, down and not worthy, Shea was there to fill me up and lift me up,” Morris read from the nomination by Maria Koback.

“Shea is one of the most empowering people in this world and I am so thankful to have met her.”

Beaudry was shocked by the acknowledgement.

“It just makes you feel better for doing what you do normally and being yourself,” she said.

The campaign will wrap up once the 100 acts are complete but Morris says he hopes it will inspire others.

Link to the CBC Saskatchewan article.

Family is not just a thing, it is everything!

Creative Options Regina is among Saskatchewan’s Top Employers for 2021

Watch out Gordon Ramsey… COR is in the Kitchen

Gentle Teaching has inspired me!

Gentle Teaching has inspired me to become a better person

Want to join the discussion?
Feel free to contribute!

Gentle Teaching has allowed me to look into myself at what I value.